The devastating 7.8 magnitude Kaikoura Earthquake of 14 November 2016 caused significant damage to the road and rail corridors along the Kaikoura coast and required an immediate engineering response to rebuild infrastructure. The New Zealand Transport Agency (NZTA) and KiwiRail came together to form the NCTIR alliance with four of New Zealand’s largest contractors and were tasked with the huge job of rebuilding the road and rail corridors.

SCT Operations was engaged by NCTIR to conduct the geotechnical assessment, design, construction supervision and monitoring of four one-way road tunnels totalling approximately 200m in length. The unsupported road tunnels had been initially constructed at least 80 years ago in greywacke rock through narrow headlands adjacent the coast. The tunnels required widening as part of the NCTIR work program to improve clearances for large vehicles and to increase the capacity of the highway. The design requirement called for a 100yr design life of the structural support elements as well as relatively tight construction time frame to support key road re-opening milestones whilst minimising travel delays to the road users. 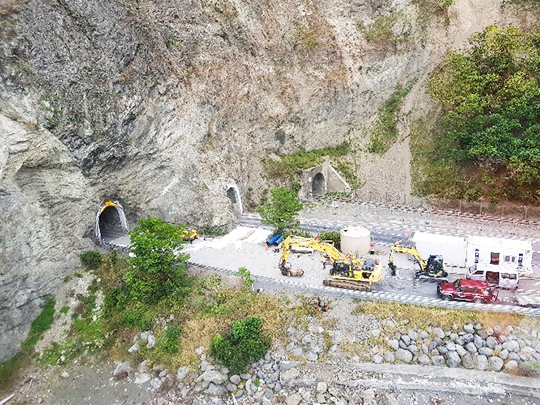 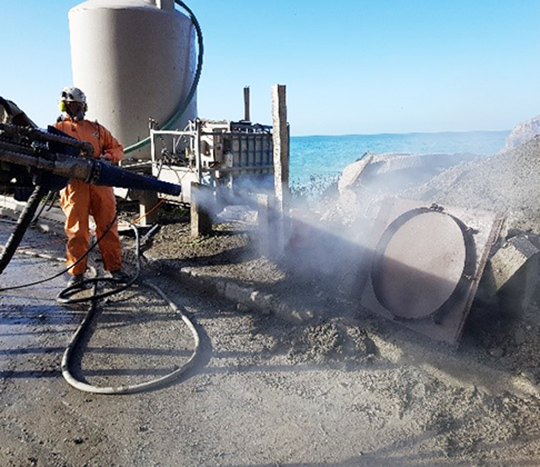 Pre-construction shotcrete trials were undertaken to ensure a quality shotcrete product was achieved in the tunnels and to verify that the sprayed concrete would meet the minimum design criteria and specification requirements prior to being placed in the permanent works. The shotcrete trials proved valuable in refining mix design and operational issues prior to construction and confirmed a suitable mix design that offered good placing characteristics and achieved design specification.  The trials were also used to determine safe re-entry times under the freshly sprayed shotcrete so that construction timing and costs could be optimised.

Construction equipment comprised a 30T excavator fitted with an Erkat cutter head, shotcrete robot and bolting Jumbo. The first pass shotcrete liner was used as temporary support and allowed for rapid advancement of the tunnel in comparison to other methods (cast in place concrete liner) considered in the initial design. The construction sequence resulted in minimal travel disruption to road users and rapid tunnel advance rates. 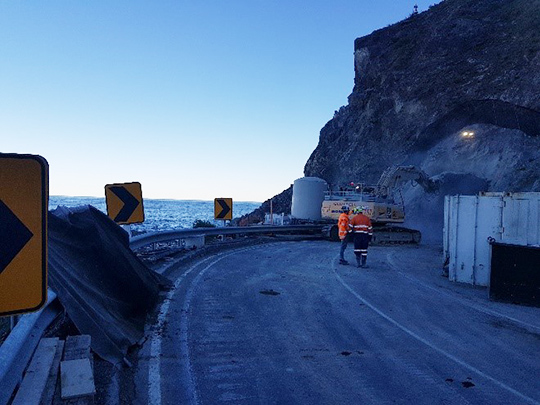 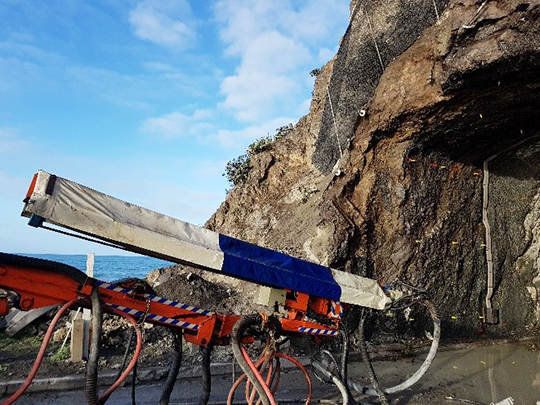 Three of the four tunnels have now been delivered on time and in budget.  Given the success of the shotcrete in the road tunnels the technology was used elsewhere on the NCTIR project.

SCT are proud to have worked alongside other NCTIR consultants and contractors on an award-winning project. 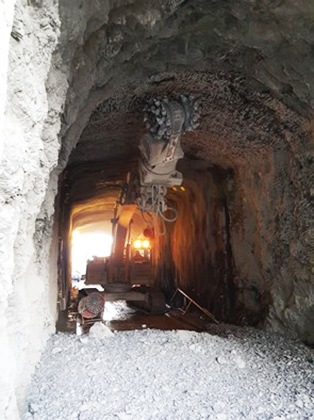 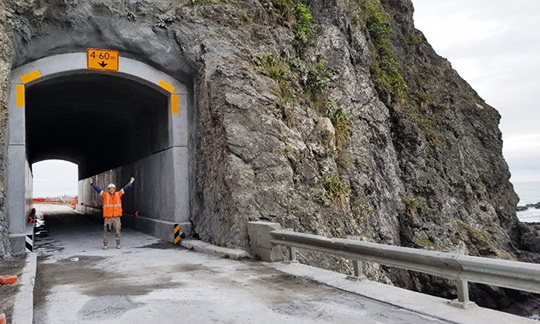 Pictured Above: Kenny Mills from SCT who worked as a Tunnels Site Engineer celebrating the tunnel opening.