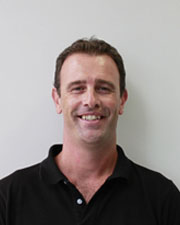 Michael joined SCT Operations in September 2018. He has over 6 years’ experience in the mining industry primarily in field-based exploration programs and established mine sites. During his time at SCT, Michael has largely been involved with hydrogeological investigations that include permeability and hydraulic conductivity testing. Further to this, Michael’s skills include:

Michael holds a Bachelor of Science Degree majoring in Geology, which was obtained from the University of Wollongong in 2012.