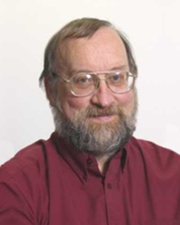 Dr Rob Jeffrey joined SCT Operations Pty Ltd in July 2015, shortly after retiring from the CSIRO Energy Division where he had worked since June of 1989. At CSIRO he held the position of Principal Research Scientist and manager of the hydraulic fracturing research area. Before joining the CSIRO, he worked in the Rock Mechanics Section of Dowell Schlumberger's Research and Development Center in Tulsa, Oklahoma. Prior to that he worked for Johns-Manville exploration, primarily on the Stillwater ultramafic complex in Montana. His main interests are in the area of rock and fracture mechanics as applied to hydraulic fracturing problems.

Rob has worked on stimulation of gas drainage for coal mining and holds a CSIRO patent on a sand adder device that makes possible the use of standard longwall pumps for placing sand propped hydraulic fractures along in-seam boreholes. In addition, he managed and documented the mineback and mapping of nine hydraulic fractures placed into coal seams in NSW and Queensland, for the purpose of studying fracture growth and proppant placement. This work demonstrated that the fractures had no adverse effect on roof or coal stability. In 1997 he began work on developing methods to use hydraulic fracturing for preconditioning of rock in both coal and metalliferous mines. Hydraulic fracturing is now widely used for this purpose and Dr Jeffrey continues to actively consult in this area.