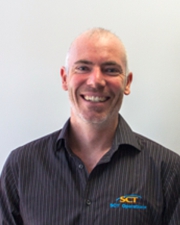 Jesse joined SCT in July 2006 and spent two years working as an exploration geologist, which eventually saw him supervising a team of geologists and managing a drilling program. After two years in exploration, Jesse began his career in geotechnical consulting where he has since worked on a wide range of projects for numerous clients in the mining and civil sectors.

Additionally, SCT’s strong focus on field measurements has seen Jesse actively involved in the design, installation and analysis of geotechnical instrumentation. Jesse became a part of the SCT overcore stress measurement team early in his career. He has since conducted stress measurements in most Australian underground coal mines and a number of metalliferous mines both in Australia and abroad. This role has consolidated Jesse’s position within the company managing various field measurement campaigns. The design and implementation of these programs has been wide ranging but tailored to address specific client objectives. The key drivers consistently remain to further the understanding of complex rock/stress behaviour and provide practical solutions for ground control problems.

Jesse is actively involved in the development of deep surface overcoring using the ANZI strain cell. The goal is to provide high confidence 3-Dimensional stress measurements in deep exploration boreholes in areas remote from any underground excavations. Jesse forms part of the SCT stress measurement team driving this technology into the future.