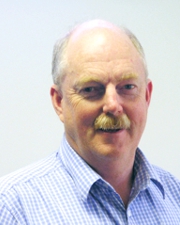 Dr Mills has 36 years of experience as a geotechnical engineer working in the field of rock mechanics associated with underground coal mines.  He has a wide experience in geotechnical research and consulting work, both in Australia and internationally.   Ken specialist interests are measurement of three dimensional in situ stresses in rock using the ANZI strain cell, monitoring of subsidence behaviour and stress changes around longwall panels, measurement and control of the ground movements within the overburden strata using a range of strategies, and interaction of mining induced ground movements with groundwater systems.

His work has included collaboration with Dr Rob Jeffrey at CSIRO Division of Petroleum Resources in pioneering the use of hydraulic fracturing to pre-condition and control overburden caving behaviour.  Ken and Rob were awarded the CSIRO Medal for Research Achievement – Hydraulic Fracturing in Mining in 2001.  Ken was also worked with BHP Illawarra Coal as part of the Technical Committee charged with successfully protecting Sandy Creek Waterfall while maximising resource recovery from four adjacent longwall panels at Dendrobium Mine.  As a member of the project team for this project, Ken was awarded the 2013 Illawarra Coal HSEC Environmental Award in recognition of his commitment to the environment.  In November 2016, Ken’s long term project to develop the ANZI strain cell as an exploration tool was awarded runner-up in the Energy Resources Category of the Australian Technologies Competition in Sydney.

Ken has worked with Strata Control Technology in Wollongong since 1990 as a senior/principal geotechnical engineer and has been a director of the operating company, SCT Operations Pty Ltd, since 2003.  He has been a board member of the Mine Subsidence Technological Society since 1997 including periods as secretary and currently as treasurer.  He was a founding committee member of the Eastern Area Ground Control Group and served for several years on the executive team.