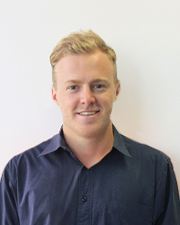 Kenny officially joined SCT at the end of 2016 after graduating from the University of Wollongong with a Bachelor of Civil Engineering. Completing his undergraduate thesis in the field of cable bolt shearing, he is excited to grow and expand in the multi-faceted SCT team.

Initially involved in the construction of ANZI stress cell equipment and in the development of a new deep exploration logger housing, he also had a major role in the design, construction and installation of a second generation of temperature probes and a water management system for use underground in LKAB’s Kiirunavaara Mine in Northern Sweden. This project provided him with a unique experience, working in a remote environment alongside the CSIRO’s Melbourne Hydraulic Fracturing group as well as senior SCT staff and the LKAB R&D and rock mechanics department in a world first hydraulic fracturing trial aimed at reducing seismicity in and around the mine.

Kenny spent 3 months in Kaikoura, New Zealand working for the North Canterbury Transport Infrastructure Recovery (NCTIR) alliance as a Tunnels Site Engineer. A project such as this was a great opportunity for Kenny to expand and build on his civil engineering degree in a geotechnically challenging environment, an area of work he is excited about pursuing further in the future. As part of this project he worked closely with a diverse team of engineers from HEB, Downer, Fulton Hogan and Oricon to construct the final concrete lining for two of the projects four road tunnels, on time and under budget.

Kenny is an integral member of the field team, working on a variety of projects on mine and civil sites in Australia and internationally. He is experienced in stress measurement using the ANZI stress cell, packer testing and permeability testing.